And one of our youngest Gujpreneur Neel Chariya (aka Sadakchef) has proved it.

About the Young and Tenacious Sadak Chef

Neel Chariya is an Ahmedabad-based young Food Gujpreneur who owns Cheatmeals. As the name suggests, the food business serves yummy cheat meals that are hard to resist. It is popularly known for its flavoured pavs (Indian buns) across the city. In addition to this, Cheatmeals is well-highlighted in major media houses like CityShor and Hungrito.

The Unusual Food Journey of Neel

Since childhood, Neel has been a ‘Forever Foodie’. When he was very young, he’d sneak into the kitchen and see his mother cook. As he grew up he started to learn cooking. Interestingly, his mother always encouraged him to cook. She saw his skill even back then and she knew that Neel could make it big. She put his talent and skill forward rather than letting him make mainstream choices.

But along with cooking, the Sadak Chef has been good at playing Tennis, as well. Thus, during his teen years it was clear to him that he was good at the trick of the hands. He played Tennis often and also cooked often. Eventually, he chose to make a career in the food industry.

The Founding Journey of Cheatmeals

Cheatmeals stemmed from passion and immense love for food. It was established by Neel and his family about 7 years ago. Back then, it was known as Night King. But since the young Gujpreneur joined the business, it was named as Cheatmeals. Neel used to work late nights with his mother to serve delicious food to the customers.

Over the years, the sole proprietorship food venture went from being a food truck to Cheatmeals now. The flavoured pavs served here are made from the loaf of 3 pavs. This is a unique way of making pavs in the city. Apart from this, the brand stays true to its name and offers such food options.

Challenges in the Food Venture

Though Neel started Cheatmeals with pure passion and love for food, the challenges have been incessant. Food business is not easy. People love the food one day and the other day they don’t. There cannot be any compromise or excuses on this matter. This aspect becomes more critical owing to the hard-core foodie crowd of Ahmedabad.

Another challenge has been to tackle plagiarism and promotion. Because a lot of food chains try to copy the food menu.

But overall, Neel feels that he has handled it well. His motivation towards serving unique cheatmeals to people has helped him to sail through it all.

The Team of this Gujpreneur

Our Gujpreneur has a family of 20 team members. This number includes his PR and Marketing team as well. People from all fields work with him because they all share the love for food, just like Neel. The rest is handled by his parents.

Adding another thought to this question Neel says, “The most important team members are my customers. They help us to keep going and they promote us without asking. They are the best PR anyone can have.”

Neel’s Vision for the Future

Some of the best moments of Neel’s journey have been to see excited bunch of foodies standing in long queues outside Cheatmeals. These moments thrill the foodie in him and have further shaped his vision for the future.

Neel aspires to make Cheatmeals the best locally-operated fast food joint of the country. He hopes that one day the brand will become the favourite food joint of Amdavadis. Most importantly, he wants Ahmedabad to be known across the country because of Cheatmeals. This is his vision as a Gujpreneur.

And by taking baby-steps on these lines, his next step is to open up his café. Further, he envisions to open multiple outlets in the city and other cities as well.

And while this vision will turn into reality, his venture will still have its unique Cheatmeals menu. The flavours and taste of all the dishes will remain constant. Neel personally feels that one must not change what people love in you. One must always introduce variety but the speciality must remain constant. He feels that this is the true mantra of every successful food business.

Expressing his take on ‘AtmaNirbhar Bharat’, Neel supports the initiative completely. He feels that this initiative will largely empower the local food industry and the people working in it.

Ethics and Advice of the Food Gujpreneur

We, the team of Gujpreneur, asked the Sadak Chef to share his work ethics. This is what he shared:

“The ethics you had from the beginning of your business must be constant. They will turn the tables for you in the long run.”

Along with this, he also feels that – Greed must be kept away. Customer satisfaction must always be the motto.

Neel’s advice to aspiring and budding Gujpreneurs is to ‘Never Give Up. Work Hard. Stay Focused and Have Faith’. Because no success happens overnight.

Personally, for him, pretty fantasies make his day. The food industry he works in, and is passionate about, is the biggest motivation.

Thank You from Team Gujpreneur

We are thankful to you for reading another story. We hope you gained some interesting insights from this interesting story of Gujpreneurship. Keep reading such stories at Gujpreneur.com. Also, follow us on @Gujpreneur on Facebook and Instagram to know more on this topic! 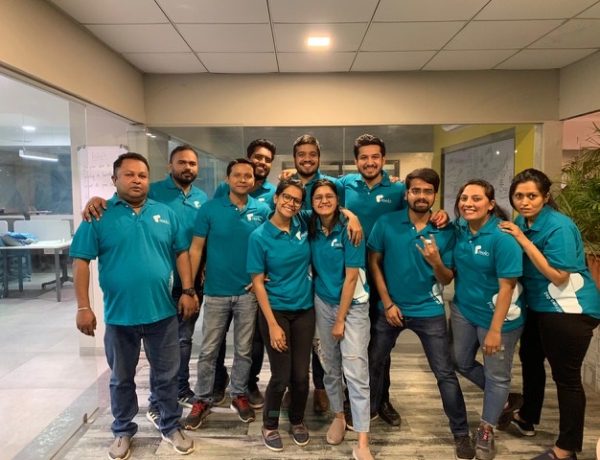 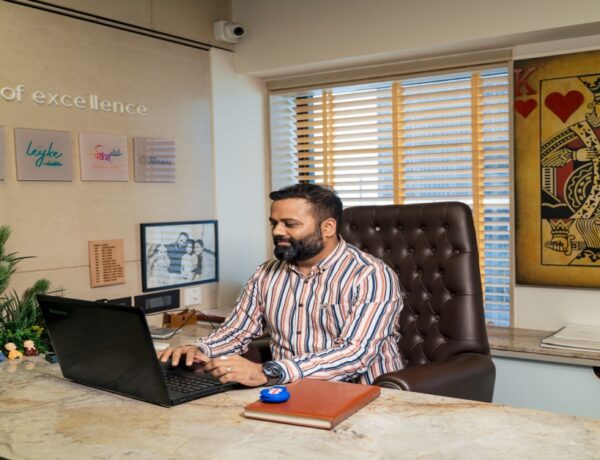