“Why fit in when you were born to stand out?”

Parth Piyush Mehta is one such person. He was born to not just stand-out but to identify ideas that stand-out as well. Parth Mehta, the founder of “9834 The Fruit Truck” noticed one such idea that changed everything for him.

Upon being asked the origin story of 9834 The Fruit Truck, Parth recalls the amusing part wherein he landed in Bangalore to find out about various businesses, of which the business of Food Truck caught his attention. He saw unique Food Trucks that sold everything on it with a big smile and the people loving every bit of it. That’s when the idea struck him to open a food truck.

“9834 The Fruit Truck” – The brand was started with a passion for doing something Hatke in life, and upon loads of research and analysis, Parth realized that his food truck would be The first Fruit Food truck. This idea was just enough hatke to get him started.

Researches about various fruits, consultations from friends and family, menu designing and everything began from scratch to create the wonder called 9834-The Fruit Truck. The Fruit Truck was started in 2015 and is now have 10 outlet. Within 4 years they have grown out with a lot to learn.

Such out of the box thinking and acting is what Parth strongly believes in. In-fact his firm is even named “OUT OF THE BOX”. Being worried about his future he got into the business. But upon discussing ideas with his dad who motivated him ; he implemented his ideas without worrying about what consequences awaited.

The biggest struggles they’ve faced until now are with finding and managing correct HR in this field. Once having control of what people are willing to pay the rest is just HR and Logistics. Another set of struggles is the uneasy variance in the working hours ranging from late nights for storing the accounts to the earliest mornings for spending those amounts to find the best produce.

One of the highest and most memorable moments of Parth’s journey would be when the trial week of the truck did a record business with immense support from family and friends. Only with a menu serving 10 items, they did an impeccable job. Then comes the moment like “Have a happy weekend on the truck with happy customers. And with a happy face we tell customers that we are “STOCK OUT FOR THE DAY”.

“The next juice that someone orders should be the best that you have ever made, though you can’t control what is inside the fruit but whatever goes from the kitchen should be your best.”

Parth particularly loves to play around with fruits and their tastes. He tries to bring something new for the people to get the best taste of the natural gift that God has given.

“For people, the team is family, but for them, family is the team.”

His team includes his retired dad in an advisory position whilst enjoying his life, his fiancé, who is the backbone of the company who keeps an eye on each step while she works with an IT FIRM and his amazing mom who is the accountant of the firm managing the expense. With a huge number of members in the team, there is such no specific hierarchy and everyone plays an equal role.

Parth follows few Mantras and Tips having reached here. Some of it is as;

Mantra: To spread and share the common love of food with more and more happy customers.

Tips: “Don’t take a LOAN if you are starting an F&B business. If you have money in your kitty just do it, if not please never take a LOAN.”

In the future for this business, Parth looks forward to taking the company globally. He wants to grow by the means of franchising and by the end of three years make the name “9834-The Fruit Truck” a synonym for fresh fruit juices. 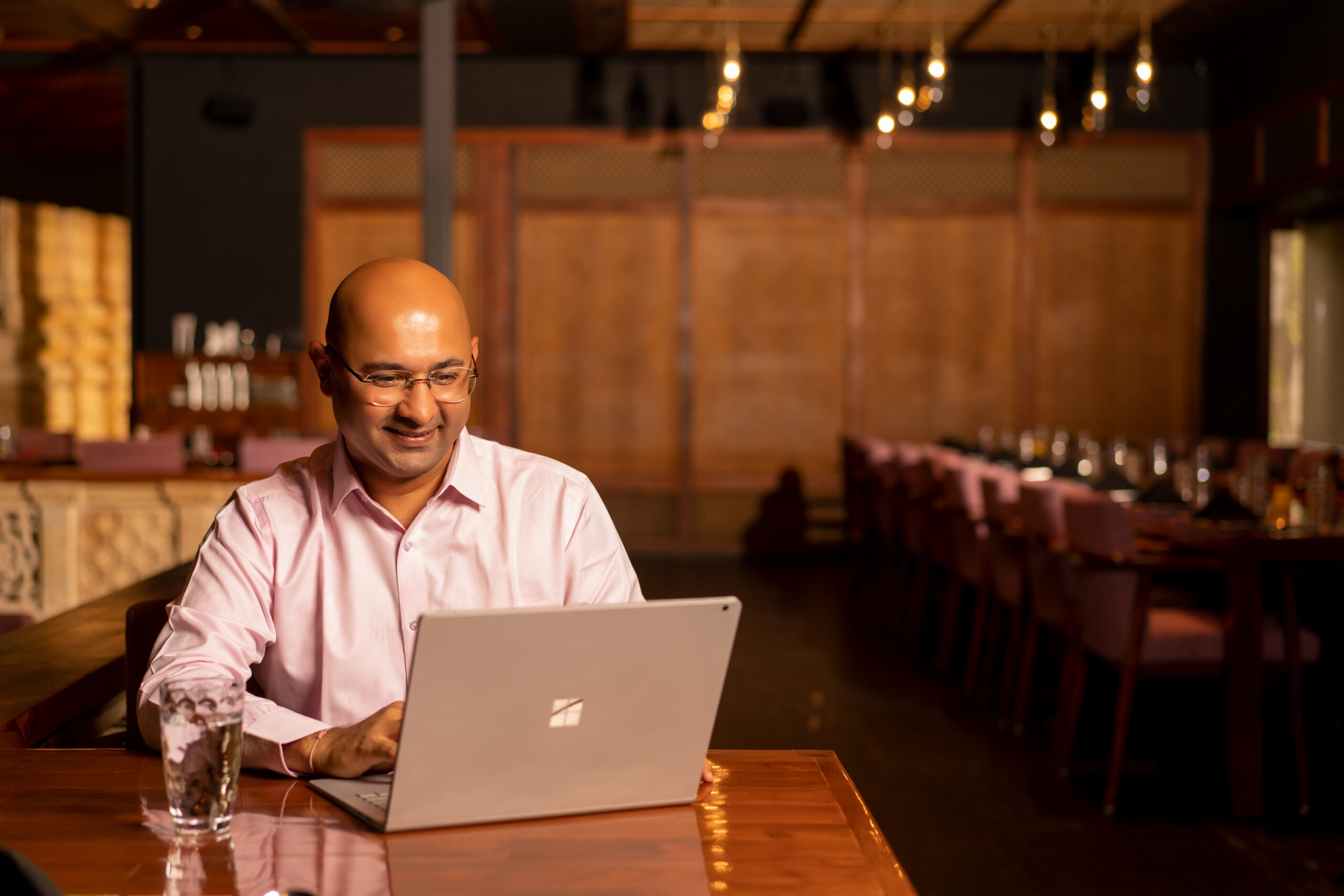